The Best Indoor Volleyball: Reviewed & Rated For Training and Games 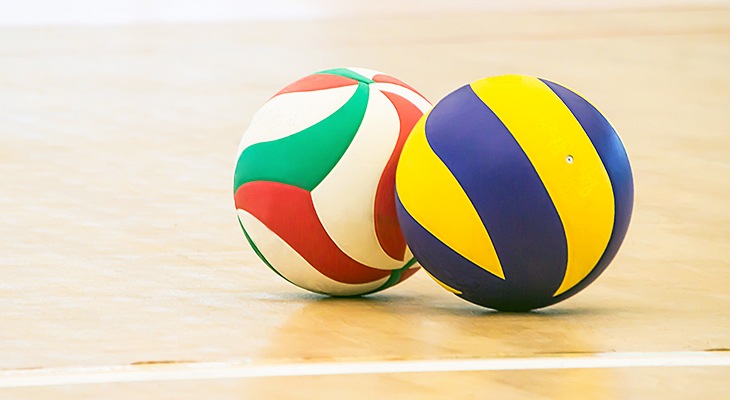 Don’t think of volleyball just when the weather is nice! You can have just as much fun, if not more, by playing a competitive game of indoor volleyball.

Follow my guide to find the very best indoor volleyball to fit your needs.

There are some distinct differences between an indoor game of volleyball and beach volleyball.

For example, the court in an indoor game is 18m x 9m and there's an attack line 3m from the center line. Players in the back are to stay behind the attack line when hitting the ball.

In beach volleyball, your court is much smaller, just 16m x 8m and there's no attack line. Players are permitted to hit anywhere on their side of the net.

Both indoor and outdoor volleyballs are also going to be quite different.

Outdoor volleyball will feature softer and lighter balls to allow them the ability to float more in the air.

Indoor volleyball has six players per side and there are a series of rotations and switches happening throughout the game. Beach volleyball typically features a pair and they play the entire game together.

Ready for the final difference?

During an indoor volleyball competition, a match will contain a total of five sets. The team who can reach 25 points will win that set. If the team wins three sets, they’ve won the match.

In beach volleyball, the match contains the best of three games and each one is played until someone reaches 21 points. The winner of two games wins the match.

Remember, in either indoor or beach volleyball, you need to win by at least two points. 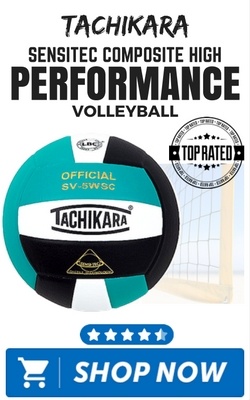 Now that we understand the differences between the two games, let’s focus on the very best indoor volleyball currently on the market.

The Tachikara Sensi-Tec Composite High-Performance Volleyball was the clear winner after much research.

First, it features a micro-fiber composite leather with a fused fiber cover which provides a truer touch and superior control.

In addition, you receive the patented loose bladder construction method in this ball.

The LBC method is exclusive to Tachikara and allows a layer of air to circulate between the inside bladder of the ball and the outside cover.

This resulted in a more balanced ball and is the reason that the seamless LBC volleyball was introduced to the Olympic Games in Tokyo in 1964.

Tackikara’s name is derived from Tachikara-Ono-Mikoto, which is known as the “God of Power” in Japanese mythology. They completely changed the sporting goods industry in the fifties by producing the first seamless ball and they haven’t stopped making the highest quality materials even years later.

The ball will arrive at your home deflated, so you'll have to fill it with air. You can pick the colors that match your school or volleyball club, to make it fully customizable to your needs.

Whether it’s for kids to play games with their friends or for die-hard tournaments, this is the best ball you can choose.

Caring For Your Indoor Volleyball

Now that you’ve chosen your Tachikara indoor volleyball, it’s important to properly care for it so the life can be extended.

Here are a few practical tips to get you moving in the right direction.

Playing indoor volleyball is a great way to burn calories and have some fun with friends. It’s also a sport that can be enjoyed anytime of the year, unlike beach volleyball.

Now that you’ve found the best indoor volleyball made by Tachikara, you can take part in the competitive sport yourself.

Want to see some amazing volleyball tricks? Check out this great YouTube video.

Fun In The Sun: Buying A Water Volleyball Net For Home